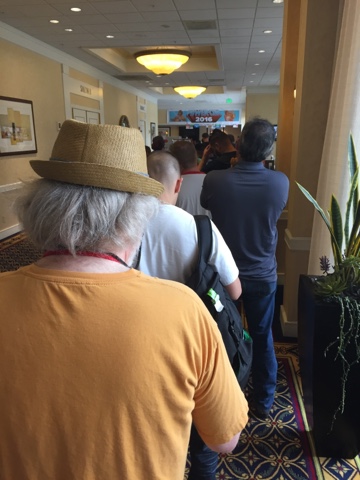 Had a quick fun time at power con. No sign of pixel Dan or the four horsemen (I guess they had a panel going). 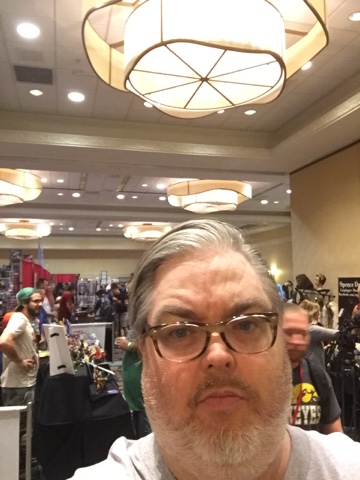 I picked up some exclusive toys and hunted the floor for loose figures for sale but it was pretty packed and tough to search the bins. Kind of what I was expecting but really enjoyed the fact that it was just one small room. 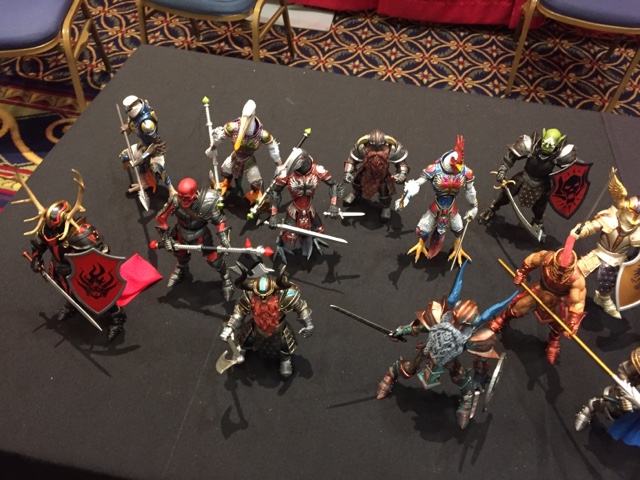 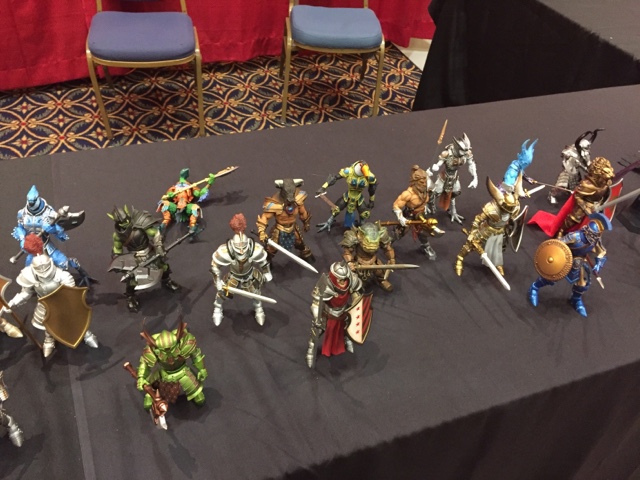 As I said the horsemen were not at their booth but I got photos of some of their figs. Really dig the pelican guy. These were sold out for the day already I was told and I was there early. 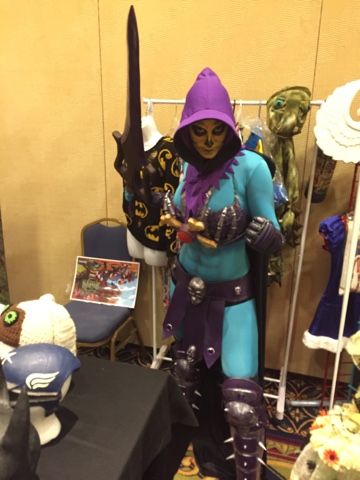 Talked to Skeletora some and I should have got evil Lynn who was there too. Dang! Sorry E, next time. Stay wicked. 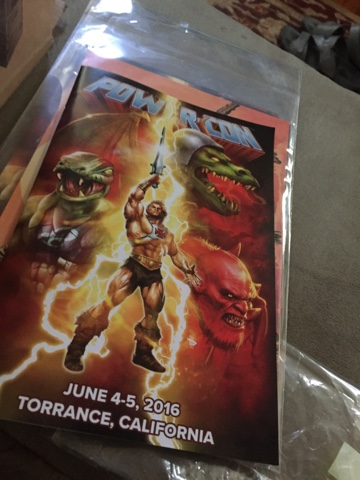 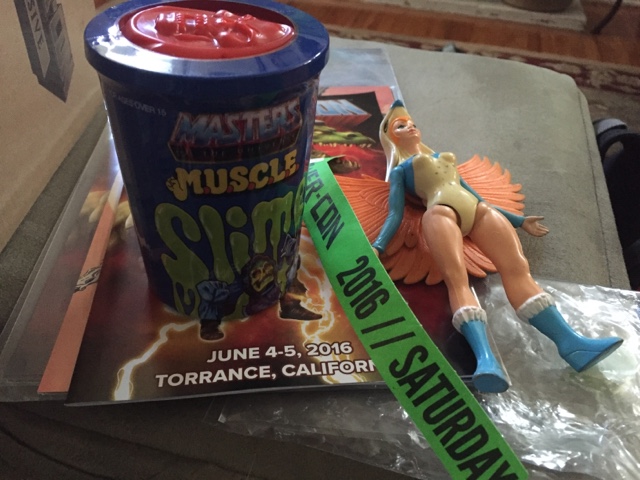 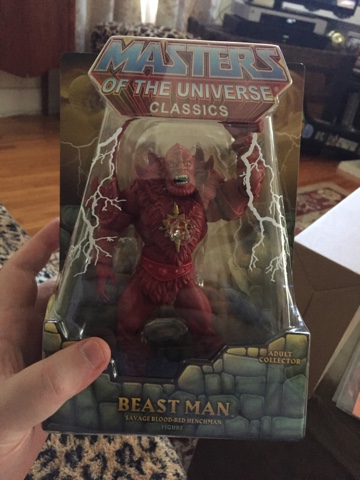 So I picked up Red Mini Comic Beastman as my exclusive. I really wanted green Granymr but that was $110.00 and Beastman was 50. Also got the exclusive green slime Motuscle figures from super seven. These are an homage to the slime can that came with the slime pit but this contains translucent slime green mini Motu figures instead of slime (which I am pretty sure Mattel stopped making years ago).
Also got a sorceress figure for about half price. Gotta clean her up and maybe repair the legs. One I wanted. Also wanted a Saurod figure but he was 50 for the classic version which was too much. 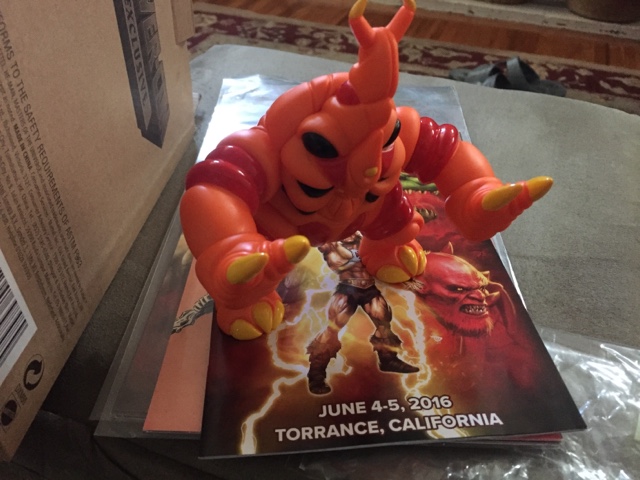 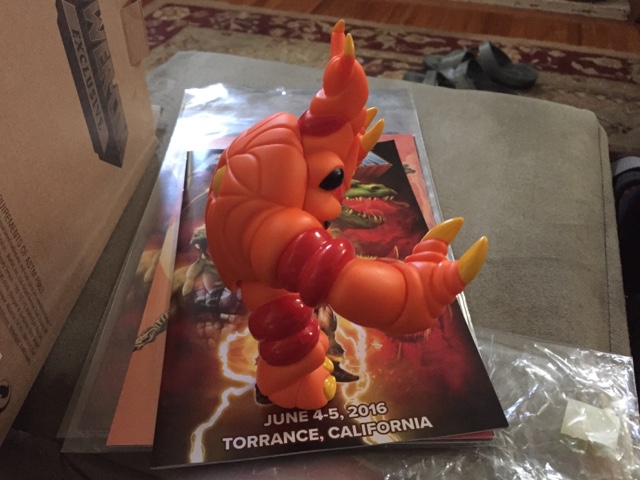 My favorite thing I picked up from a indie toy maker named Marty Hansen from @thegodbeastcustoms.com (also thegodbeast.blogspot.com) He has this guy in black and also small figures that are interchangeable pegs so you can swap out their parts. I am going to keep an eye out for more from Marty and Kabuto Mushi toys.
Until next time, good journey!
Posted by Scott Aicher at 2:00 PM No comments: