I love to watch things on T.V. 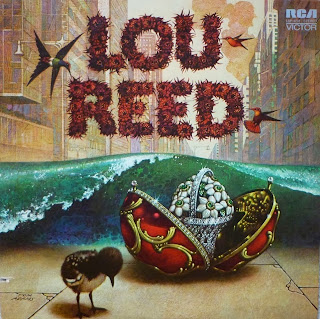 Bumming out on the loss of Lou Reed. I sat at my shop and painted a memorial bottle to mark the sad day. I love that Pixies song that says, "I like Lou Reed..." because I do like him too. Never mind that the Velvets changed music forever.... or the power of Rock and Roll Animal, the Classic radio hit, "walk on the wild side" Lou was a real original. My uncle Don once interviewed him for his fanzine Back Door Man at Trader Vic's and he said he would not answer any questions unless they bought him drinks, and after they did he gave vauge one word answers. He had a reputation for being a real prick, but that was who he was. I was talking to my eye glass guy who had him sign his lp long ago, and he said he took his marker and made a slash mark on the cover. Lou helped write the now classic and often considered the worst Kiss lp "The Elder". Many Metallica fans hated his "Lulu" collaboration and Metal Machine Music? We will never get another guy like this. He made his own rules. I love the passion he sang with. I loved all of his work. Sad for Laurie Anderson too. We lost an American Icon. Rest in peace, Lou Reed. You were great. 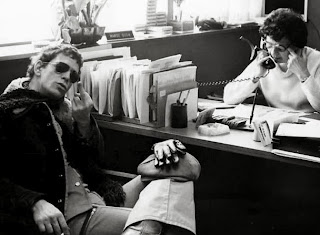